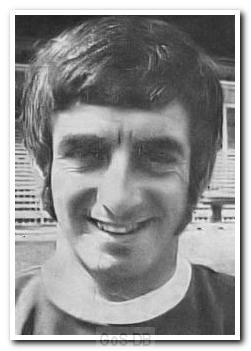 Provan arrived at Home Park on a free transfer from Crystal Palace in 1971 after starring for Glasgow Rangers earlier in his career. He had been playing for Bonnyvale Star whilst training with Rangers, before being taken on as a professional in 1959. Twelve years and more than 250 games later, including European appearances for his club and caps for his country, he was released and moved south to sign for Palace.

After just one appearance at Selhurst Park he joined Argyle, initially on loan, where his experience proved a great influence on the club. After nearly five years at Home Park he joined St Mirren as player-coach and then assistant coach, both under Alex Ferguson. His football career then continued back with Glasgow Rangers as chief scout from 1978 to 1983.

In 1987 Provan became the manager of Albion Rovers and led them to the Scottish Second Division title (third tier) in the 1988-89 season.

He left the Lanarkshire club in 1991 and in his later years was again associated with Glasgow Rangers, working closely with the hospitality department.