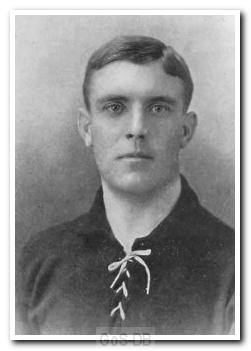 Plymouth-born Pethick played for Argyle as an amateur for several years, making just one first team appearance after the club turned professional. Born in 1876 he played for Plymouth College and Plymouth FC before a spell in Wales with Barry in 1897/98. He joined Argyle FC in 1898 whilst also turning out for the Old Plymothian and Mannamedian Club, a team for Plymouth College old boys. In 1899 he also played for the Independent Idlers.

Pethick continued to represent Argyle after the club turned professional and was the captain of the reserves. He was described as a long-shot specialist who was of small build but strong in the tackle.

The Argyle handbook of 1905/06 says "has played for many seasons and does not seem to deteriorate any. Has rendered good service to the County". The 1906/07 handbook also notes that in 1906 he captained the New London Pilgrims FC on their tour of Austria. He continued to play for Argyle until 1908 and also made a brief comeback for the reserves during the 1914/15 season.