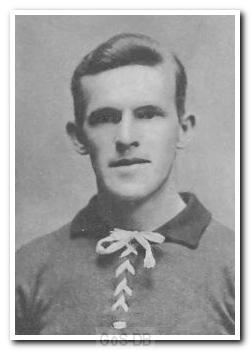 Peard, who was born in St Budeaux in 1885, played for and captained his local side before joining Argyle in 1907. A speedy outside-right, he was praised in the club handbook as having "played many brilliant games in the reserve team" but only broke into the first team briefly at the end of the 1908/09 season. He was released following the 1910-11 campaign, after four years at Home Park, and returned to local football.