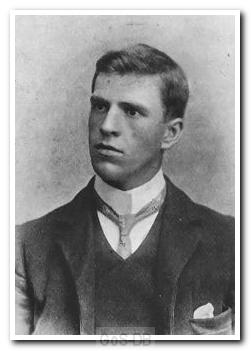 Owens was born in Crook, County Durham in 1881 and played for local sides Darlington, Bishop Auckland and Crook Town before joining Woolwich Arsenal in 1901. He played just nine times for Arsenal, scoring twice, and moved on to Argyle in May 1904.

A centre-forward, the Argyle handbook of 1905-06 describes him as "a veritable terror to goalkeepers when within shooting distance" and that his "youth, physique, pace and knowledge of the game point to a particularly bright future". After two seasons at Home Park, with only a fair goalscoring record, he signed for Bristol Rovers, where he scored 6 goals in 17 games during his only season with the club. In 1907/08 he played for Crystal Palace and netted 8 times in 22 appearances, before returning to Darlington to finish his career.

Greens on Screen is run as a service to fellow supporters, in all good faith, without commercial or private gain.  I have no wish to abuse copyright regulations and apologise unreservedly if this occurs. If you own any of the material used on this site, and object to its inclusion, please get in touch using the 'Contact Us' button at the top of each page. Search facility powered by JRank Search Engine.Milonic UK time at page load: 26 February 2021, 18:11.