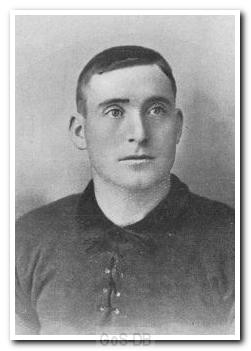 Orrell was born in Preston in 1875 and began his career with his hometown club, making 140 appearances over six seasons for the Lilywhites before moving to Home Park. A versatile player, he could play at both left-back and right-back and was virtually ever present for Argyle during the 1906/07 campaign. The club handbook stated that Orrell was "a safe and sure back, unostentatious in every degree but absolutely reliable under all conditions. Is of necessity bound to make his personality felt".

After just one season at Home Park he returned to his native North West, initially with Oldham Athletic but also a spell back at Preston North End before ending his career with Southport Central.