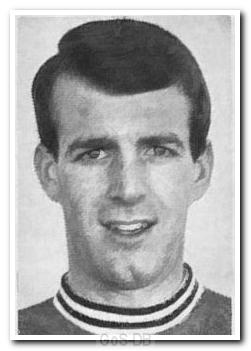 Born Alan Hope, he changed his name to O'Neill after joining Sunderland in 1955, having impressed for the local schools side. He worked his way through the junior ranks to become Sunderland's leading scorer in 1957-58 and spent five successful years there before joining Aston Villa in 1960. He marked his Villa debut with a goal after just 20 seconds against rivals Birmingham City, but that proved to be the highlight of his time at Villa Park and he moved on to Argyle two years later. Despite being virtually ever-present during his first 12 months at Home Park, he lost his place in the team and was sold to Bournemouth, where he ended his professional career. O'Neill also went on to play for Cambridge United.

Greens on Screen is run as a service to fellow supporters, in all good faith, without commercial or private gain.  I have no wish to abuse copyright regulations and apologise unreservedly if this occurs. If you own any of the material used on this site, and object to its inclusion, please get in touch using the 'Contact Us' button at the top of each page. Search facility powered by JRank Search Engine.Milonic UK time at page load: 21 January 2021, 08:54.