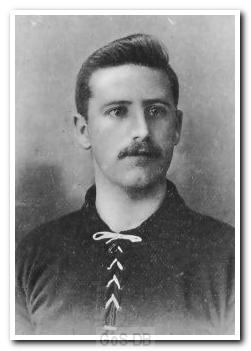 Born in Plymouth in 1881, Mortimer began his career with St Budeaux before moving to Essa in 1901. A few months later, in November 1901, he joined Argyle FC and made 26 appearances for the club during the 1901/02 season. He then moved on to Green Waves before returning to the newly professional Argyle in 1903.

In his first season back with the club he played only for the reserves but broke into the first team during the next campaign, and also represented Devon. A left-half, the Argyle handbook of 1905-06 states he was "one of the most promising lads Argyle had last season. Tall, well-proportioned, tricky with his feet and having excellent knowledge of the game, he should prove a valuable acquisition". Unfortunately, having played just twice at the beginning of the 1905-06 season, his career came to an end.