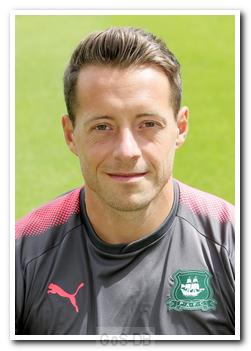 McCormick continued as Argyle's number-one keeper under Sheridan and then Derek Adams. In June 2016 he accepted the offer of a further contract extension, ahead of his 11th season in the first team in which he climbed into the top 20 of all-time club appearances when he donned his gloves for the 328th time.