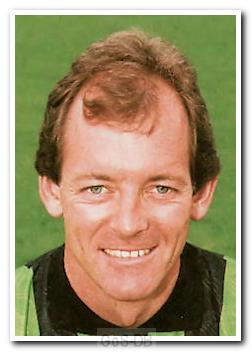 McCall's career began at Ipswich Town and took off in 1979 when manager Bobby Robson thrust him into the first team. Two years later, he helped Ipswich win the UEFA Cup and he went on to earn six caps for the England Under-21 side. He made over 300 appearances for the Suffolk side before moving to Sheffield Wednesday, where he rarely played during his five years with the club, often because of injury. He also had a spell on loan at his hometown club Carlisle United. Joining Argyle in 1992 he won the Player of the Year award in both of his first two full seasons with the club.

McCall was the archetypal cultured midfielder who had the rare knack of making the game look painfully easy. He was an immaculate passer of the ball and a true exponent of the art of football. McCall took charge of the club for two months following the departure of Peter Shilton and stayed on as a member of the playing squad when first Russell Osman, and then Neil Warnock were brought in. He then moved to Torquay United as a player-coach under Kevin Hodges, returning to Home Park when Hodges was appointed manager and played for another two years before retiring. A brief spell with non-league Workington followed, before becoming a coach and scout for Ipswich Town in 2001. In September 2014, after 13 years with Ipswich, McCall was appointed chief scout for Colchester United.

Greens on Screen is run as a service to fellow supporters, in all good faith, without commercial or private gain.  I have no wish to abuse copyright regulations and apologise unreservedly if this occurs. If you own any of the material used on this site, and object to its inclusion, please get in touch using the 'Contact Us' button at the top of each page. Search facility powered by JRank Search Engine. Hover facility courtesy of Milonic. UK time at page load: 23 April 2021, 03:53.