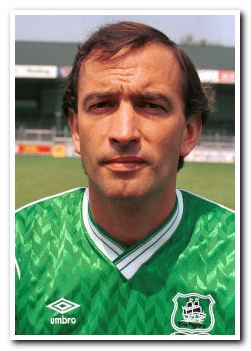 Born in Camden, Matthews came through the youth ranks at Highbury, making his debut as a full back in August 1974. He went on to play 45 times for Arsenal in five years, scoring twice, but with competition from the likes of Liam Brady and a broken leg which cost him a season, a regular place proved elusive and he moved to Sheffield United in 1978. Converted to a midfielder, Matthews stayed at Bramall Lane for four years and scored 14 times in 103 games before moving on a free transfer to Mansfield Town. Two years later he was on the move again, this time a free transfer to Chesterfield where he played a key role in their 1984-85 Fourth Division championship season. Joining Argyle on a free in August 1985, the cultured playmaker helped Dave Smiths promotion winners to the runners-up spot, remaining at Home Park until June 1989, when he was reunited with Smith at Torquay United. He played a further 25 times for the Gulls before finishing his career with Dorchester Town.

Greens on Screen is run as a service to fellow supporters, in all good faith, without commercial or private gain.  I have no wish to abuse copyright regulations and apologise unreservedly if this occurs. If you own any of the material used on this site, and object to its inclusion, please get in touch using the 'Contact Us' button at the top of each page. Search facility powered by JRank Search Engine.Milonic UK time at page load: 18 January 2021, 16:37.