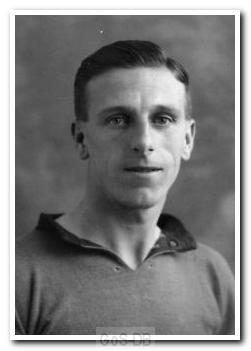 Born in Bristol in 1901, Matthews was playing for Parson Street Old Boys when he was signed as an amateur by Bristol City in 1921. He played regularly for the Robins reserve side in the Southern League, and won a Gloucestershire County cap but made just a single first team appearance. However, the outside-right was then to embark on a decade of sterling service to two South West clubs. Moving to Exeter City in 1922, he played 138 games in three years, including one spell of 117 consecutive matches, a club record, and then made the short move to Argyle where he spent eight seasons, making almost 150 appearances and scoring regularly.

After being a first-choice in his first three full seasons, he lost his place to Tommy Grozier and his chances became more limited. With just seven starts in 1932-33, he left for Doncaster Rovers in 1933, where he played eight games, but not before he had been rewarded with a benefit game between Argyle and the Grecians. He ended his career with a spell at Crystal Palace, but did not make a first team appearance for the club.

Greens on Screen is run as a service to fellow supporters, in all good faith, without commercial or private gain.  I have no wish to abuse copyright regulations and apologise unreservedly if this occurs. If you own any of the material used on this site, and object to its inclusion, please get in touch using the 'Contact Us' button at the top of each page. Search facility powered by JRank Search Engine. Hover facility courtesy of Milonic. UK time at page load: 22 April 2021, 20:49.