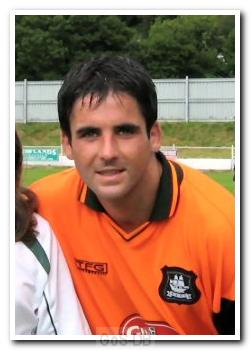 Came from: Motherwell   Went to: Blackpool

Lasley began his career at Kilmarnock but was let go as a youngster and subsequently joined Motherwell. In June 2004, after five years at Fir Park, he moved to Argyle on a free transfer, another of Bobby Williamsons Scottish Premier League (SPL) signings.

The Glaswegians career at Home Park, which included a loan spell at Blackpool, never really got going over the course of three seasons. Following his release by Argyle in May 2006, Lasley returned to Motherwell, where he has gained legend status by totting up over 400 appearances and skippering the side to two consecutive SPL runners-up finishes in 2013 and 2014.

In June 2017, Lasley announced his retirement as a player after a total of 519 first team appearances and 23 goals, the vast majority in his two spells for Motherwell. At the same time, Motherwell announced his appointment as assistant manager.