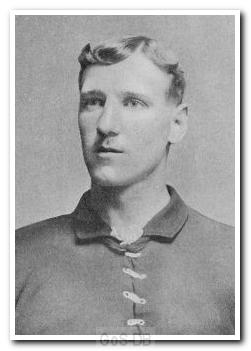 Lamb was born in Alfreton in 1885 and began his career with his hometown club. He spent part of the 1905-06 campaign with Derby County before returning to Alfreton Town and then had a spell with another local side, Sutton Town. In 1909 he moved to Home Park and was seen as the successor at outside-left to Arthur Holden, who had just departed for Chelsea.

Lamb was a regular member of the first team during his only season with Argyle, but a combination of the club's financial problems and the return of Holden saw him move on to Swindon Town at the end of the 1909-10 campaign. In three seasons with Swindon he played 87 times, scoring 13 goals, and helped the club win the Southern League in 1910-11. He was also selected to play for the Southern League representative side on two occasions.

In April 1913 he joined Millwall but his time there was interrupted by the outbreak of war. When hostilities ceased he returned to the club before signing for Rotherham County in August 1919. He played 35 games in his only season at Millmoor, including the club's first ever Football League game, and ended his career with a spell at Caerphilly.