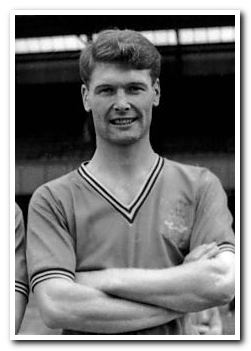 Kirby was a powerful and brave centre-forward who, despite failing to make the grade at Everton, was destined to be a success at Home Park. He was the perfect partner for the smaller Wilf Carter, who would use his pace around the box while Kirby used his physical presence to unsettle defenders. Kirby spent three years at Home Park before moving to Southampton in 1962. He also played for Sheffield Wednesday, Walsall, Swansea City, Coventry City, New York Generals and Brentford. After retiring as a player, he became manager of Halifax Town and Watford, and also enjoyed a spell as boss of IA Akranes in Iceland.

Greens on Screen is run as a service to fellow supporters, in all good faith, without commercial or private gain.  I have no wish to abuse copyright regulations and apologise unreservedly if this occurs. If you own any of the material used on this site, and object to its inclusion, please get in touch using the 'Contact Us' button at the top of each page. Search facility powered by JRank Search Engine. Hover facility courtesy of Milonic. UK time at page load: 22 April 2021, 22:14.