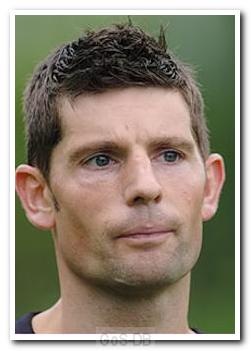 Barness began his career as a trainee with Charlton Athletic, before moving to Chelsea. Whilst there he had loan spells with Middlesbrough and Southend United, before returning to Charlton after four years, and just 19 appearances at Stamford Bridge. Despite playing regularly at full-back during his first two years back at The Valley, Barness lost his place and joined Bolton on a free transfer. He was a regular in the Bolton squad for the next five seasons, usually at right-back, before his release and move to Argyle.

Barness played under four managers in his 18 months at Home Park. Three months after signing a two-year contract for Bobby Williamson in June 2005, caretaker Jocky Scott took charge before the appointment of Tony Pulis in September. Barness played regularly in his first season in green, but after the arrival of Ian Holloway in the summer of 2006, he dropped out of favour. In January 2007, with Paul Connolly the first choice right-back, Barness's contract was terminated by mutual consent and he left the club.

After a brief trial at Yeovil, Barness joined Conference National side Grays Athletic in March 2007. That summer he moved on to Lewes, where he retired at the end of the 2010-11 season.