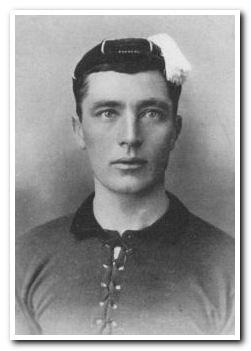 Came from: Liverpool   Went to: Retired

Hughes was born in Flint, Wales in 1877 but moved to Liverpool as a boy and began his career with Wirral clubs New Brighton Tower and Seacombe. He then had a spell with Aberdare before fellow Welshman and Liverpool player Maurice Parry recommended him for a trial at Anfield. Hughes impressed and played for the club throughout the 1903/04 campaign, usually at half-back, making 32 appearances.

A 1904 report stated that Hughes, known as 'Geezer' during his time in Liverpool, was "about the hardest working player at present figuring in league football. He never tires and is seldom beaten" and in 1905 he won three Welsh caps. Hughes was reported to be a brave man and received a certificate from the Royal Humane Society for life-saving; he saved no less than four people from drowning. Two of these were rescued from the River Mersey and he also saved a child who had fallen into a clay pit.

In 1906 Hughes moved to Home Park and was described by the club handbook as "a half who knows the game in its entirety and likes work as good as any half should". Sadly, an injury meant that he made only one appearance for Argyle before he was forced to retire in January 1907.