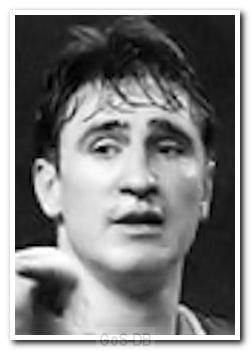 Hodgson, a central defender, joined Argyle for a short loan spell from Sheffield United early in the 1995-96 promotion winning campaign. Having started his career in his native Australia with Heidelberg Alex, he moved to Sheffield in 1994, making 30 appearances over his three seasons with the club. After his time at Home Park he also had a loan spell with Burnley before being released and joining Oldham Athletic. He spent nearly two years at Boundary Park before losing his place in the team and moved to Northampton Town on loan in October 1998, shortly afterwards being forced to retire due to injury.