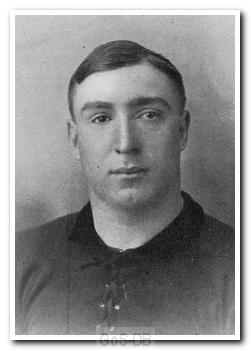 Garratt, born in Byker, County Durham in 1884, began his career in the Midlands with Cradley Heath St Lukes and also played for Brierley Hill Alliance before joining Crewe Alexandra. In 1905 he transferred to Aston Villa and made 13 appearances in just over a year with the club. Moving to Home Park in the summer of 1906, Garratt played regularly at outside-right during his only season with Argyle. The 1906/07 club handbook described him as "a speedy winger, who takes the ball on the run very cleverly and centres and shoots well".

After leaving Plymouth he spent one season with West Bromwich Albion, making 29 appearances, before a highly successful spell with Crystal Palace, for whom he played 185 times. A report of his time with Palace states that he was "the epitome of the goal-maker, whose efforts were recognised by his colleagues and opponents and by the discerning fan, but were perhaps not so well appreciated by less perceptive onlookers or pressmen". Garratt was recognised with a number of minor representative honours and after leaving Palace ended his career with spells at Millwall and Kidderminster Harriers.