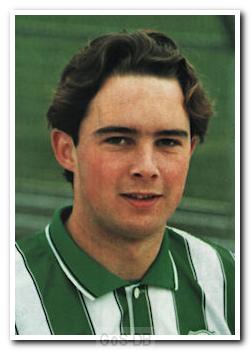 A product of the club's youth setup, Garner was deemed not good enough by The Pilgrims but went on to enjoy considerable success with Rotherham United. The central midfielder made his Argyle debut as a 17-year-old substitute against Oxford United in May 1989, but he never managed to establish himself in the side.

Garner made a handful of appearances under David Kemp over the next three years, but it was Peter Shilton who eventually showed him the Home Park door. Joining Dorchester United, his professional career looked dead in the water, but Rotherham paid £30,000 to take him back into League football after just one season out in the cold  and he paid back every penny over the course of ten fruitful years. Garner was an integral part of the Rotherham side that rose up the divisions under Ronnie Moore, playing regularly for The Millers in the second tier while Argyle floundered in the basement division. He went on to join Torquay United in 2005, before his career tailed off in non-league football with Newport County, Truro City and Bodmin Town.