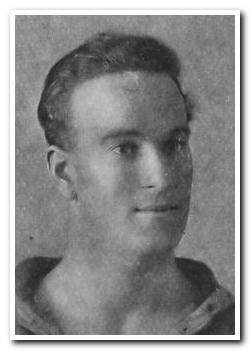 Cardiff-born Fowler joined Argyle from Welsh non-League club Maerdy, beginning his Home Park career in the Pilgrims's second season of League football. He played most of his career as a centre-forward or sometimes as an inside-forward, and despite often considered as Argyle's second choice striker, first behind Frank Richardson and then Percy Cherrett, he finished the 1922-23 season as leading scorer with 17 goals, including a hat-trick against Exeter City in the 5-1 home win in March 1923. With an impressive scoring record of 25 goals from 39 games, he was bound to attract interest and moved back closer to home with Swansea Town in February 1924. Town paid £1,280  then a Welsh club record fee  and were duly rewarded as he chalked up a century of both appearances and goals, and was also capped six times by Wales. On leaving Vetch Field, Fowler saw out his career with Clapton Orient where he still found the net frequently during a two-season spell.

Greens on Screen is run as a service to fellow supporters, in all good faith, without commercial or private gain.  I have no wish to abuse copyright regulations and apologise unreservedly if this occurs. If you own any of the material used on this site, and object to its inclusion, please get in touch using the 'Contact Us' button at the top of each page. Search facility powered by JRank Search Engine.Milonic UK time at page load: 24 January 2021, 06:43.