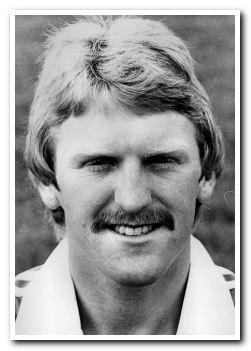 Plymouth-born Foster was a prolific goalscorer in schoolboy football and seemed destined to be a star. He progressed from the Argyle youth team to reserve football and had a loan spell with Torquay United but could not break into the Argyle first team. A change of position to centre-back, however, saw him become a regular in the side in the 197778 season and, other than when he suffered a broken leg, he was virtually ever-present over the following four years. Although he had a relatively small stature for a central defender, Foster was an extremely competitive player who would never allow the opposition time or space. After losing his place at Home Park, he had a loan spell with Exeter City before a transfer to Derby County. Moving on to Mansfield Town just a year later, he spent ten years at the club, ending up as their player-manager, a role he also filled with Telford United before moving into scouting.

Greens on Screen is run as a service to fellow supporters, in all good faith, without commercial or private gain.  I have no wish to abuse copyright regulations and apologise unreservedly if this occurs. If you own any of the material used on this site, and object to its inclusion, please get in touch using the 'Contact Us' button at the top of each page. Search facility powered by JRank Search Engine.Milonic UK time at page load: 22 January 2021, 19:33.