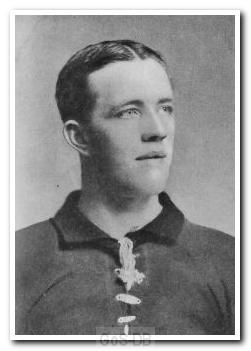 Fagan was born in Sheffield in 1886 and began his career with Sheffield United. In 1909 he moved to Home Park with the club handbook stating: 'Fagan has youth on his side, is regarded as a back of exceptional promise, and in securing his signature Argyle may be said to have brought off one of the greatest captures by Southern clubs this season'.

However, after just 15 appearances at full-back during the 1909-10 campaign, Fagan left Argyle to join Bristol City. He spent two seasons at Ashton Gate, playing 34 times for the club before signing for Stockport County. Over the next three years he appeared in 109 games for the Hatters, his last club.