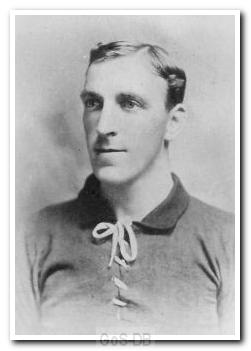 Evenson was born in Manchester in 1878 and began his career with local club Tonge. After a brief trial with Glossop North End in 1898 he returned to Tonge, before joining Stockport County two years later. He made 34 appearances for the club over the next three years and then moved on to Leicester Fosse. His two seasons in Leicester saw him score 20 goals in 52 games.

In 1905, after a brief spell with Luton Town, Evenson signed for Clapton Orient, where he also spent two seasons and played more than 60 times. He then signed for West Bromwich Albion in 1907, moving on to Home Park a year later. A versatile performer, he had played at inside-left, left-half and centre-half throughout his career, but it was at the heart of the defence that he made his mark with Argyle.

Evenson was virtually ever-present during his first season with the club, and was appointed captain at the start of the 1909-10 campaign. However, he could not hold down a regular place in the side and was released at the end of the season, joining Nottingham Forest. He also went on to play for Stalybridge Celtic.