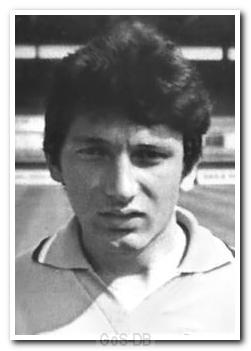 English came through the youth ranks at Coventry City, making his debut in 1979 and clocking up 66 starts before joining Leicester City in 1982. After 44 games for the Foxes he was released in 1984, joining Rochdale on a non-contract basis, but after just three appearances and a solitary goal, he joined Argyle on the same terms.

He made just one start for the Pilgrims, in the League Cup, and four substitute appearances in the league, scoring just once. But that goal will be forever remembered; it came during his game-changing cameo in the monumental comeback against Preston North End in September 1983, which Argyle won 6-4 after being 1-3 and then 3-4 down.

Tommy English... that name I will always remember as as a 10 year old I was at THAT game in late September in 1984. It was my first game and my mother would not let me go on the train with my mate so she dropped us from Truro by car and went to Dingles while we went the game. She told us to meet outside at 4.15pm as had to go back a bit early but at least I had gone to a live game.... days before mobiles we had to run out at the said time when it was Argyle 3 Preston NE 3... needless to say as we were in the Glynn Valley we heard the results on the radio and it was 6-4... didn't speak to her the whole way back and have been hooked on Argyle ever since! This was the week after we had lost 7-2 at Bolton so a crazy week!