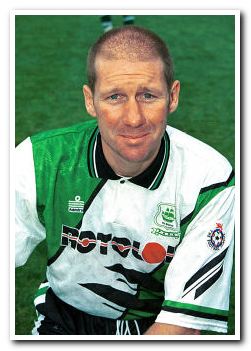 Came from: Bristol City   Went to: Brighton and Hove Albion

Striker Baird began his career at Southampton but the Yorkshire lad failed to settle on the south coast and loan spells with Cardiff City and Newcastle United preceded a permanent switch to Leeds United. He had two spells at Elland Road, interrupted by a year at Portsmouth, and it was with Leeds that Baird built his reputation, his aggressive approach to the game delighting the natives. He played for Middlesbrough, Heart of Midlothian and Bristol City before joining Argyle in 1995. He moved to Brighton and Hove Albion a year later and ended his professional career in Hong Kong with Instant-Dict. After returning to England he also played for non-league Salisbury City and Farnborough Town.