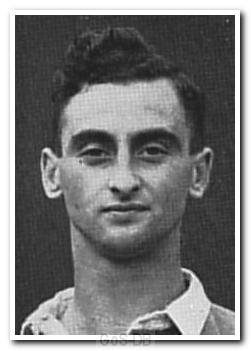 Edds began his career as an amateur with his hometown club Portsmouth, playing for their junior side before moving to Millwall on a professional contract. However, war broke out before he could make his debut and his wartime service took him to Plymouth. It was here that he was spotted playing for an Army side in the Plymouth and District League and Argyle agreed a transfer with Millwall. Primarily a centre-forward despite his small stature, Edds was Argyle's top scorer in his first full season at the club. However, when asked to play at inside-left and on the left-wing his form suffered and he lost his place at the beginning of the 1949-50 season. This led to a transfer to Blackburn Rovers, where he spent 18 months, playing only occasionally, before returning to the south-west with Torquay United. In just over two years at Plainmoor he scored 34 goals, before returning to Home Park in a straight swap for Harold Dobbie. Edds slotted straight back into the Argyle team on his return, but when he found himself out of the side the following season, moved on to Swindon Town. He was forced to retire soon after due to injury.

Greens on Screen is run as a service to fellow supporters, in all good faith, without commercial or private gain.  I have no wish to abuse copyright regulations and apologise unreservedly if this occurs. If you own any of the material used on this site, and object to its inclusion, please get in touch using the 'Contact Us' button at the top of each page. Search facility powered by JRank Search Engine. Hover facility courtesy of Milonic. UK time at page load: 23 April 2021, 04:08.