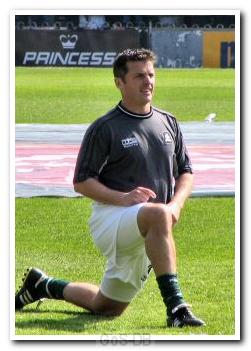 Dodd began his career with hometown club Bath City, before a move to Southampton, where he spent the next 16 years, making over 350 appearances for the club and gaining international recognition with England at under-21 level. Towards the end of his time there he joined Argyle on a two month loan. Dodd was considering retirement but was rumoured to be interested in a permanent move to Argyle, but this did not materialise. He spent a year at Brighton and Hove Albion but was plagued by an ankle injury. In July 2006 he joined Conference South side Eastleigh but the injury soon led to retirement, after which he moved into coaching at Eastleigh and a month later became their manager, before resigning in July 2007.

Dodd then returned to Southampton as director of their youth academy. He went on to become first team coach under manager George Burley in the summer of 2007. When Burley departed in January 2008, Dodd became joint caretaker-manager of Southampton, alongside John Gorman, before being released by the club six months later.

In October 2009 he briefly became the caretaker-manager of Aldershot Town alongside former Southampton teammate Paul Williams, before rejoining (with Williams) Southampton the following month as chief coach of the club's youth academy. After more than four years in the role he was surprisingly dismissed (along with Williams) in May 2014.