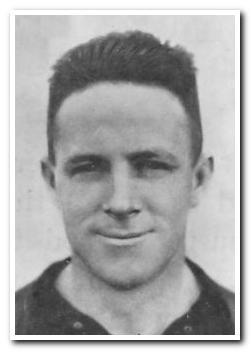 Note: Some books incorrectly spell Demellweek with two 'm's and one 'l'.

Joining his hometown club from the Royal Navy, Demellweek made a solitary appearance in the 1926-27 season before continuing his career on the high seas. It was a full four years before the outside-right added to his Argyle record, returning to first team action for the Boxing Day fixture of 1931-32. He added another 33 appearances across the following four seasons, playing his last game in April 1935, and then left for Southend United, where he made his final six appearances in League football.

Demellweek answered the call at the breakout of the Second World War, rejoining the Navy for what were to be a harrowing few years. He took part in the famous amphibious attack on St Nazaire in German-occupied France in March 1942, but was captured and spent the rest of the conflict as a prisoner of war.

Greens on Screen is run as a service to fellow supporters, in all good faith, without commercial or private gain.  I have no wish to abuse copyright regulations and apologise unreservedly if this occurs. If you own any of the material used on this site, and object to its inclusion, please get in touch using the 'Contact Us' button at the top of each page. Search facility powered by JRank Search Engine.Milonic UK time at page load: 24 January 2021, 06:52.