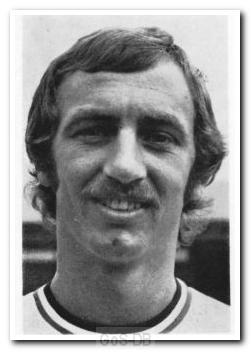 Local boy Davey graduated at Home Park as an apprentice and made his debut as an 18-year-old in 1967. He began his career as a forward but showed his versatility by converting into a full-back in 1970. He was a small but tenacious player, and realised a dream by playing against the great Denis Law when Argyle faced Manchester City in the 1974 League Cup semi-final. Not only did Davey play against one of his idols, but he also gave Argyle the lead on that memorable day. He left Argyle to join Hereford United, whom he helped win Division Three in 1976, and went on to play Portsmouth and Exeter City. After retiring, he played non-league football for Bideford, Liskeard Athletic, Saltash United and St Blazey.