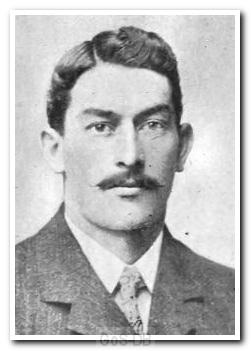 Ashby was born in Derby in 1875 and began his career with hometown side Derby Athletic. In 1896 he joined Burton Swifts and made 88 appearances for the club over the next two seasons. After a spell with Brighton United he returned to Burton to play for Burton United, an amalgamation of the Swifts and Burton Wanderers. He played 92 times over the following two years before moving to Home Park in 1904.

During his only season with Argyle he was virtually ever-present at right full-back and the 1904-05 club handbook describes him as "a player who has had a good reputation among second leaguers for several seasons". At the end of the campaign he moved on to Leicester Fosse, where he played for two more seasons.