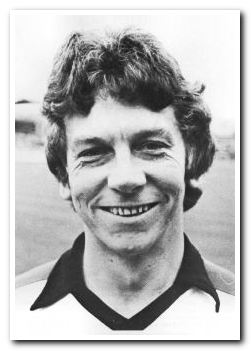 Born in Lytham St Anne's, Craven started his career as an apprentice with Blackpool and made his debut as a left-back for the top-flight Tangerines in August 1967, initially teaming up with Jimmy Armfield. He later moved into a more central defensive / midfield role and was given the captain's armband by Bob Stokoe as Armfield's career wound down. Despite this and being voted Blackpool's Player of the Year in 1971 after leading them to an Anglo Italian Cup win over Bologna in Italy  a game in which he scored the equaliser  he requested a transfer. He had played 163 times for Blackpool, scoring 24 times, but got his wish and moved to Crystal Palace. In a two-year stay at Selhurst Park, he played 63 times before moving to Coventry City, where he played 89 times in a four-year stay. It was from Coventry that he was signed by Tony Waiters to move to Home Park, where he played regularly across two seasons before moving to Canada to play for the Vancouver Whitecaps in the North American Soccer League (NASL). He played 70 times for the Whitecaps and also appeared for Calgary Boomers before winding down in the States, in the same league, with 19 games for California Surf in 1981.

Sadly, John Craven died in 1996, shortly before his 50th birthday, after suffering a heart attack whilst still resident in the USA.

I remember John Craven playing, not in a league match for Argyle but in a representative fixture at Bodmin's Priory Park on a very cold and frosty night in late October / early November of 1977-ish! Cornwall were playing an Argyle XI and I went to see them because my mate from college (that I'd left some 18 months previously) was in goal for Cornwall having had a brilliant season playing for Newquay. John Craven had a storming game at centre-half that night and afterwards I met him as he supped his post match pint in the corner of the Bodmin clubhouse. He was the perfect gentleman and had time to sign autographs for the kids ....and the adults too! Nothing was too much trouble and his stories of playing professional football modest and amusing.