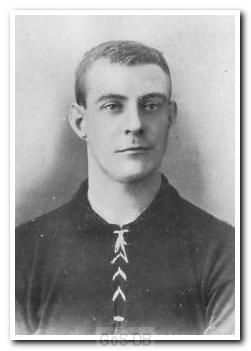 Came from: Reading   Went to: Millwall

Corrin was born in Liverpool in 1880 and began his career with Everton. In four years he made 12 appearances for the club, either side of a brief spell with Portsmouth. In 1904 he joined Reading and spent a single season there before signing for Argyle in the summer of 1905.

An outside-left, he was a regular member of the team in his first season at Home Park and was described by the 1906-07 club handbook as "a strong player, needs continuous plying with the ball to produce his best. His many admirers will be pleased to hear his injured knee is quite recovered". Presumably his knee may not have been as strong as hoped as he made just two appearances in his second season with Argyle and left at the end of the campaign to join Millwall. He went on to finish his career with a spell back at Reading.