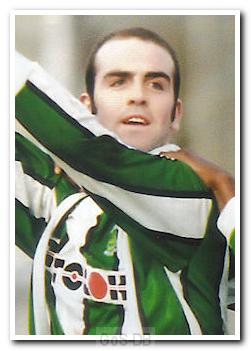 Drafted in on loan by Mick Jones with Argyle entrenched in a relegation dogfight, the young Manchester City striker was highly thought of in football circles. The big targetman initially lived up to the hype by scoring two goals in his first five games for Argyle, but failed to find the net in any of his remaining eight appearances and he returned to Manchester with a relegation on his CV.

Argyle were Conlon's third professional club, and he went on to rack up 11 more in a career that took him on a tour of the country and of the lower divisions, where he forged out a respectable reputation as a goal-scoring targetman.