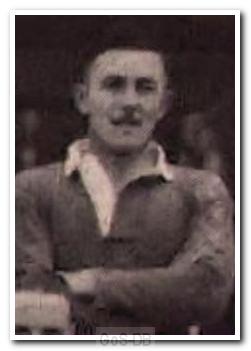 Came from: Chester   Went to: Chester

Cole was one of 27 in the guest category. Born in Heswall on the Wirral, the defender started his career with Sheffield Wednesday in 1936, although records show no first team appearances. However, the following year he moved across the city to play for Sheffield United, for whom he made his debut in 1937. No further League appearances were added and the War probably cost him the best years of his burgeoning career. Sheffield United maintained his registration but by 1945 and the cessation of hostilities, he was registered with then non-league Chester City, for whom he made 20 appearances in a two-year spell. Records show his last club after Chester was Stalybridge Celtic.