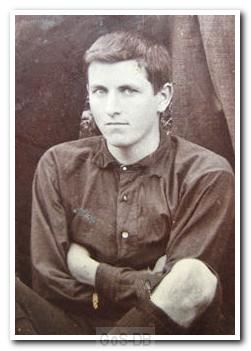 Came from: Torpoint   Went to: Torpoint

Coaker was born in Torpoint in 1882 and played for local sides Triumph and Defiance before joining his hometown club. Moving to Home Park in 1906 he spent just one season with the club, following in the footsteps of his brother John, who had played for Argyle in 1901-02, before returning to play for Torpoint.

[Photos courtesy of the Torpoint Archives. The first is from a photo of Defiance FC (1889-1900) and the second from a Torpoint FC team photo (1906-07), the same season as he played for Argyle. Both photos also include his brother and former Argyle F.C. player, J.E. Coaker]