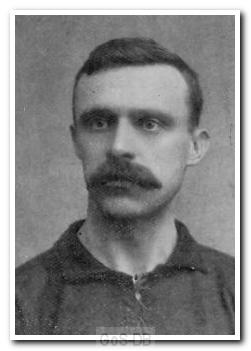 Chadburn was born in Mansfield in 1873 and played as an amateur for Leicester Fosse, Mansfield Unitarians and Mansfield Greenhalghs before joining Lincoln City in 1892. An outside-right, he scored 10 goals in 27 appearances for the Imps before signing for Notts County in 1894. After three productive seasons there he joined Wolverhampton Wanderers but rarely made the first team and moved on to West Bromwich Albion three years later. Chadburn helped West Brom win promotion to the top flight in 1901/02 as the champions of the Second Division.

In 1903 he joined Liverpool but made just two appearances for the club before moving to Home Park towards the end of the club's first professional season. Despite being an adaptable utility player he could not hold down a place in the first team and moved to Swindon Town at the end of following season. He went on to play for Mansfield Mechanics and Woodhouse Rangers.

The only thing that I can add is that John Jack Chadburn is my great grandad.