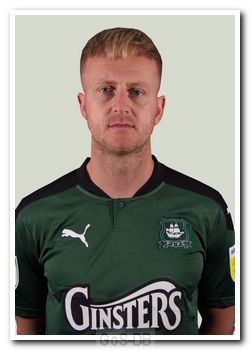 Dorset-born Reeves began his career as a left back in Southampton's youth set-up before converting to an attacking midfielder. He signed his first professional contract in April 2011, aged 19, and made his senior debut in a League Cup win that September. His Football League debut came in the Saints' first fixture of 2012, as a 73rd minute substitute for Adam Lallana, who went on to win 34 caps for England.

A month later, in February 2012, Reeves began a four-week loan spell with Dagenham & Redbridge in League Two, making his Daggers' debut in a goalless draw at Home Park. Back at Southampton, Reeves netted his first senior goal in Saints 4-1 victory at Stevenage in the League Cup in August 2012. A month later he made his Premier League debut, coming off the bench in a 3-1 defeat by Everton at Goodison Park.

Having made 13 appearances for the Saints in all competitions, Reeves joined Southend United on loan for the second half of the 2012-13 campaign, where he played alongside Danny Mayor, with whom he would team up again seven years later at Home Park.

In his second season as a Don, Reeves scored seven times in 36 games to help his club win promotion to the Championship, and his form also led to two caps for Northern Ireland. Reeves remained with MK Dons for two more campaigns, amassing a total of 135 appearances and 32 goals, before following manager Karl Robinson to Charlton Athletic in August 2017.

Reeves made 68 appearances in his two seasons at the Valley, helping the Addicks reach the League One play-offs in consecutive campaigns. Leaving Charlton, he rejoined Milton Keynes Dons in August 2019, adding another 19 games and one more goal to his MK tally.

The 28-year-old left Stadium MK at the end of the 2019-20 season, which was cut short by the COVID-19 pandemic. He spent a week on trial at Home Park at the end of August 2020, and two days before the start of the new season, became Ryan Lowe's eighth signing of the summer.

Greens on Screen is run as a service to fellow supporters, in all good faith, without commercial or private gain.  I have no wish to abuse copyright regulations and apologise unreservedly if this occurs. If you own any of the material used on this site, and object to its inclusion, please get in touch using the 'Contact Us' button at the top of each page. Search facility powered by JRank Search Engine. Hover facility courtesy of Milonic. UK time at page load: 22 April 2021, 21:26.