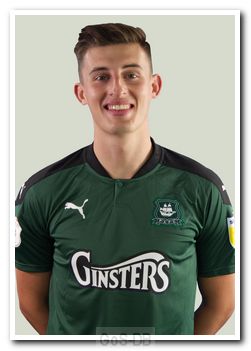 Came from: Newcastle United   Went to:

Born in Alnwick, Northumberland, Watts began his football with Cramlington Juniors before joining Newcastle United's academy in 2008. Although he played in midfield and as a striker in his earlier years, Watts developed as a left-sided central-defender and his progress with the Magpies earned him his first professional contract in the summer of 2018, when he also represented England at the 2018 European Under-19 Championship in Finland.

Having played in all 41 matches for Newcastle's under-23 team during the 201819 season, Watts made his EFL debut in August 2019 when on a season-long loan with Stevenage. He went on to play 20 times for the League Two side before a knee injury in November curtailed his time in Hertfordshire.

On his return to Tyneside, Watt signed a three-year deal with Newcastle, a week after his 20th birthday. In January 2020 he went out on loan again, this time to Mansfield Town, managed by ex-Pilgrim Graham Coughlan. However, after seven appearances, also in League Two, the COVID-19 pandemic ended the EFL season in mid-March.

Although the campaign had ended for all but the top tier of English football, the Premier League's 2019-20 season resumed behind closed doors in June, and Watts made his Newcastle debut on the last day of the season at home to champions Liverpool at the end of July.

In August 2020, two weeks before the start of the delayed 2020-21 season, Watts arrived at Home Park on a season-long loan to become Ryan Lowe's sixth signing of the summer.

Greens on Screen is run as a service to fellow supporters, in all good faith, without commercial or private gain.  I have no wish to abuse copyright regulations and apologise unreservedly if this occurs. If you own any of the material used on this site, and object to its inclusion, please get in touch using the 'Contact Us' button at the top of each page. Search facility powered by JRank Search Engine. Hover facility courtesy of Milonic. UK time at page load: 23 April 2021, 02:55.