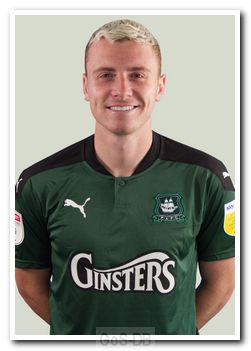 Came from: Wigan Athletic   Went to:

Born in Wishaw, 15 miles south-east of Glasgow, MacLeod began his football with a local youth club, Newmains Hammers, before he was snapped up by Rangers at the age of ten. He progressed through the age groups before signing professional terms seven years later in 2012.

His form for the youth and reserve sides secured a first team opportunity in his first professional season, and he soon established a regular position in the heart of midfield. He was rewarded with a five-year deal early in the 2012-13 campaign, which ended with the Third Division title for Rangers and their Young Player of the Year trophy for MacLeod, despite a knee injury that kept him out for three months of the campaign.

Lewiss form continued at the higher level, but an unusual reaction to a viral infection in January 2014 affected his heart and at one point threatened his career. Meanwhile, Rangers raced to their second promotion in successive seasons, with Macleod returning to full fitness in time for the 2014-15 Scottish Championship campaign. He made a impressive start after his illness, winning Scotlands Young Player of the Month award for October  a month in which he netted a stunning bicycle kick that won the Rangers' Goal of the Season award - as well as a first call-up to Scotlands senior squad (having played for his country at all age levels and frequently for Scotland's under-21 side).

However, whilst the team was performing well on the pitch, the fall-out after Rangers' liquidation in 2012 continued behind the scenes. At the end of December 2014, with the club's finances still in a precarious state, MacLeod was sold to Brentford in the EFL Championship for a fee believed to be close to one million pounds.

After high hopes for his future with Rangers, MacLeod's career stalled south of the border. An injury at the tail-end of his time in Glasgow was slow to heal and it took over a year for him to make his EFL debut. In all, he spent a frustrating four and a half years at Griffin Park, where repeated injury problems resulted in just 43 appearances and four goals. In July 2019 Macleod signed a one-year deal with fellow Championship side Wigan Athletic, but he found it hard to break into the Latics line-up and ended his stay on 12 appearances without scoring.

In August 2020, with the season delayed by the COVID-19 pandemic, Argyle manager Ryan Lowe boosted his midfield options by signing the 26-year-old after his release by the Latics. Having never played at Home Park, his introduction to Plymouth was delayed by a week; instead the former Gers prodigy met up with his new teammates at their pre-season training camp, ironically near Glasgow, before becoming the Pilgrims' fifth capture of the summer.

Greens on Screen is run as a service to fellow supporters, in all good faith, without commercial or private gain.  I have no wish to abuse copyright regulations and apologise unreservedly if this occurs. If you own any of the material used on this site, and object to its inclusion, please get in touch using the 'Contact Us' button at the top of each page. Search facility powered by JRank Search Engine. Hover facility courtesy of Milonic. UK time at page load: 23 April 2021, 02:18.