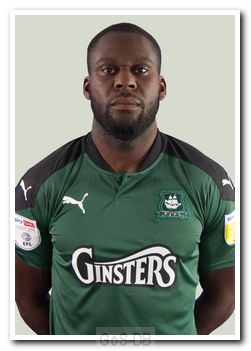 Came from: Colchester United   Went to:

Born in Lewisham, Nouble began his youth career at Chelseas academy in 2006 before moving across London to join West Ham United three years later. Showing significant promise at Upton Park, the powerfully-built striker made ten first team appearances for the Hammers in his first season, including eight in the Premier League, before loan spells in the latter half of the 2009-10 season at West Bromwich Albion and Swindon Town.

Already an England international at under-16 and under-17 levels, Nouble was called up to the England under-19 squad in his first season with West Ham, and went on to score twice in the 3-2 victory over Austria in the UEFA under-19 Championship in the summer of 2010.

Most of his second season for the east London club was spent on loan, setting off for Swansea City in September 2010 and then to Barnsley and Charlton Athletic in the new year. The pattern continued in 2011-12, with loan spells at Gillingham and back again to Barnsley.

His move to Suffolk proved to be much more successful, with 60 appearances in 21 months at Portman Road. In September 2014 he was loaned to Coventry City, and two months later, Argyle fans will remember the torrid time that he gave the Pilgrims' defence in a Football League Trophy game at the Ricoh Arena, culminating in a stunning goal after dribbling from his own half.

The loan for the Sky Blues was converted to a free transfer in January 2015, but he was released at the end of the season. After 16 months with Chinese clubs Tianjin Songjiang and Nei Mongol Zhongyou, Nouble returned to England in October 2016 to rejoin Gillingham for three months, and then Southend United for the second half of the 2016-17 season.

That summer he was on the move again, this time for a season at Newport County, where he was a near ever-present. It was the first time that he had spent a whole season at one club in four years, and further stability came in July 2018 when he joined Colchester United on a two-year contract.

To the disappointment of United's fans, the financial realities of the COVID-19 pandemic meant that Colchester were unable to offer him a contract extension, and in early August 2020, still some six weeks until the start of the 2020-21 season, Ryan Lowe made the 28-year-old his third signing of the summer. For Nouble, Plymouth Argyle was the 17th club of a career that had spanned 330 games and 48 goals at all four levels of English football.

Greens on Screen is run as a service to fellow supporters, in all good faith, without commercial or private gain.  I have no wish to abuse copyright regulations and apologise unreservedly if this occurs. If you own any of the material used on this site, and object to its inclusion, please get in touch using the 'Contact Us' button at the top of each page. Search facility powered by JRank Search Engine. Hover facility courtesy of Milonic. UK time at page load: 22 April 2021, 21:45.