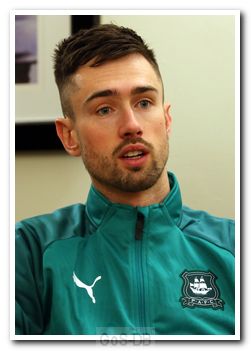 Now 22 and yearning for regular first team football, the 6'2" striker made the decision in the summer of 2019 to leave his boyhood club and head south to take up an offer from Blackpool. In the following January transfer window, after just one goal in seven starts and five substitute appearances for the Seasiders, he headed further south to Home Park on a loan for the rest of the season, which turned to be a much shorter than expected because of the COVID-19 epidemic. Although the last game of the season was only two months after his arrival, he nevertheless chalked up seven goals in five starts and eight substitute appearances, including a goal four minutes into his debut.