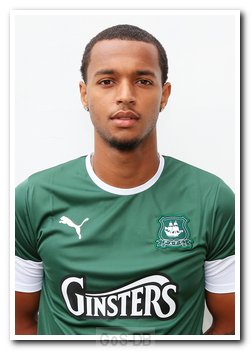 Came from: Chelsea   Went to:

After the departure of defender Peter Grant in January 2019, Argyle's quota of the surname was restored to three when Ryan Lowe signed young Chelsea defender Josh Grant on a half-season loan that August, linking up with namesakes Joel and Conor at Home Park.

Born in Brixton, Grant began his football at Chelsea at the age of seven and in his early years he enjoyed playing up front. As he progressed through Chelsea's youth system, his defensive qualities came to the fore and as a centre-back, he signed his first professional contract in 2015. Coming through the Chelsea youth teams, he helped to win the English Youth League with their under-18s and the UEFA Youth League with the under-19s. At 17 he made his Chelsea under-21 debut and at the end of the 2015-16 season was awarded the club's Scholar of the Year award.

He spent the first half of the 2018-19 season playing for and frequently captaining the Chelsea under-23 side and made four appearances in the Football League Trophy competition, including one at Home Park in the Blues' 5-0 victory over Argyle in October 2018.

A loan move to League Two side Yeovil Town followed for the second half of the 2018-19 campaign, where he made eight first team appearances.

The 20-year-old's arrival at Home Park was partly down to a recommendation from his cousin, Luke Croll, who played three times for Argyle under Derek Adams in November 2015. Grant featured regularly in the first half of the 2019-20 season, initially as a centre-back and then as a defensive midfielder. In January 2020 his loan was extended until the end of the season.