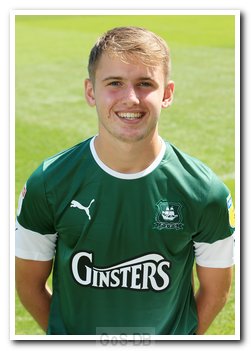 Younger brother of former Pilgrim Ben Purrington and nephew of England rugby international and World Cup winner Richard Hill, Tom was first spotted when playing for West Exe Youth Under-9s at only eight years of age. He then joined Argyle's centre of excellence in Exeter before quickly progressing into the club's academy at the age of nine, where, for the next eight years, he followed in his brother's footsteps.

Purrington made his first team debut in the final year of his apprenticeship, as an 81st minute substitute in the Pilgrims' 2-0 defeat at Newport County in November 2018. He was a regular member of Argyle Central League and Premier League Cup sides that season, which led to him earning a professional contract in June 2019.

Along with fellow midfielder Cameron Sangster, Purrington signed a loan deal with Dorchester Town two months later, where he played in the Southeren League South Division (tier 7) until the coronavirus pandemic halted the game in March 2020.