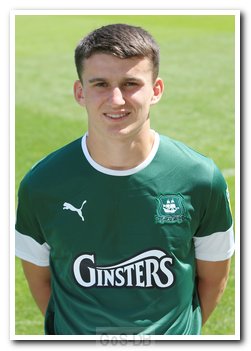 Born in Truro, Peck grew up in Bodmin and attended Wadebridge Secondary School. He was spotted at the Newquay Development Centre and progressed to Argyle's Advanced Development Centre in Bodmin, which led to an academy trial and then signing for Argyle as an 11-year-old in 2012.

Peck was initially a speedy winger, but gradually converted to a midfielder and finally a central defender as he grew. Progressing through the youth system, he made his debut at under-18 level during the 2015-16 season in the Merit League. He was also part of the successful FA Youth Cup team that overcame Manchester City and Burnley in the 2017-18 season.

Peck's first team debut came alongside a number of other academy prospects in a 'dead rubber' EFL Trophy tie at Newport County in November 2018 after Argyle had lost their first two games in the group stage.

Stepping up from the apprentice ranks, Peck signed his first professional contract in May 2019. The following November he went on a 28-day loan to Dorchester Town, and a month later joined Tiverton Town on loan, initially for a month but then extended in the new year. At the end of the 2019-20 season, cut short by the COVID-19 pandemic, Peck was given the sad news that his contract at Home Park would not be renewed.