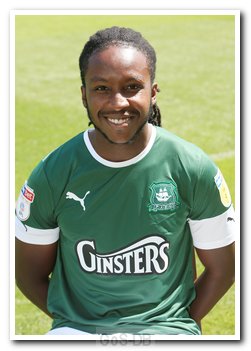 Came from: Arsenal   Went to:

Born in Brent, Moore began his football with the under-nine team at Queens Park Rangers in 2005, where he played alongside future England international Raheem Sterling. Four years later, Moore joined Arsenal and became a regular at all youth levels. He signed his first professional deal on his 17th birthday in July 2014 but was unable to break into the first team.

To gain experience he was sent to Holland to join FC Utrecht on a development loan in August 2016. He made one full appearance before being placed with Utrecht's reserve team, Jong Utrecht FC in the second tier, for whom he made 26 appearances. In January 2018 he began a loan spell with Wycombe Wanderers in League Two, making 13 appearances.

Moore represented England at every age group from under-16 to under-20, including playing his part in the England side that won the UEFA Under-17 European Championship in Malta in 2014, and he was also a late call-up for a game in the 2016 European Under-19 Championship in Germany. That same year he was selected to train with the England senior team by manager Sam Allardyce, ahead of the England boss's only game in charge.

Released by Arsenal at the end of the 2017-18 season, Moore became Derek Adams' tenth summer signing on the day that the Pilgrims reported back for pre-season training at the end of June 2018.