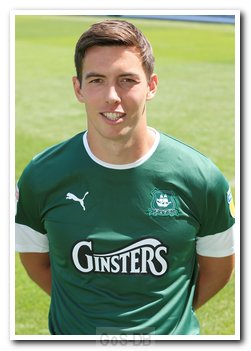 Came from: Rochdale   Went to:

Canavan became Argyle's second summer signing for the 2018-19 season, on the same day that Sonny Bradley announced on social media that he would be leaving the club.

Born in Leeds, the centre-back joined Scunthorpe United's youth system, where he made his under-19 team debut whilst only 14 years old. He played for the Iron's youth team for four seasons before taking the captain's armband as a second-year apprentice. During this time he also had a trial at Liverpool.

Canavan signed his first professional contract at Glanford Park in April 2009, and made his first-team debut that August, scoring his first goal just three days later. Near the end of the 2010-11 season he enjoyed a four-game loan at Shrewsbury Town, including a League Two Play-off semi-final against Torquay United at Plainmoor.

Although born in Leeds, Canavan was called up to the Republic of Ireland under-21 squad in March 2011 and went on to make seven appearances at that level between 2011 and 2012.

He went on to miss just one match in Scunthorpe's promotion-winning campaign of 201314 and signed a new two-year contract at the end of that season. In February 2016 he joined Rochdale on an emergency loan, playing eleven games and scoring once, and was then released by Scunthorpe at the end of the 2015-16 season, having played a total of 173 times and scoring an impressive 16 goals across seven seasons, encompassing the Championship and Leagues One and Two.

In May 2016 Canavan returned to Rochdale on a two-year deal, making a further 39 appearances and scoring twice before a knee injury in November 2017 resulted in surgery that ended his season.