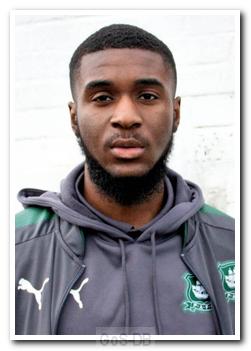 After losing Toumani Diagouraga from the centre of midfield in early January 2018 and unsuccessful attempts to land Everton's Conor Grant (who had already played for two clubs in a season and was thus ineligible), Makasi joined Argyle on loan for the remainder of the season in the last hours of the transfer window. A product of West Ham's academy, he graduated in the summer of 2014 and established himself as a regular in the club's development squad and under-23 side.

Seen by the Hammers as a leader on the pitch, Makasi made over 60 Premier League 2 appearances and won the under-21 Premier League Cup in 2016 and promotion via a play-off victory at Newcastle United in May 2017.

Before joining Argyle he captained West Ham's under-23s nine times, scoring in a Checkatrade Trophy win at Swindon Town, and was named on the first team bench on five occasions in the 2017-18 season, including both of the Hammers' FA Cup third round meetings with Argyle's League One rivals, Shrewsbury Town.

Having scored in his first start for the Pilgrims, a 1-1 draw at Fleetwood in February 2018, Makasi returned to the London Stadium in April for cartilage surgery after a knee injury cut short his loan spell. He went on to join League Two club Stevenage on loan in the January 2019 transfer window, signing for the remainder of the 201819 season.