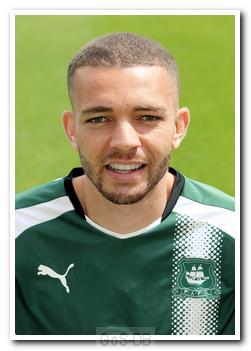 Born in Aberdeen (then 'Sinclair'), Taylor-Sinclair joined his hometown club at the age of ten and later joined the youth ranks at Montrose. He made his senior debut for Montrose in Scottish Division 3 in May 2009, remaining with them for two more seasons (5 goals in 70 games) before joining Patrick Thistle in Scottish Division 1 for an undisclosed fee in July 2011.

During his time with The Jags, Taylor-Sinclair was voted in the PFA Scotland First Division Team of the Year for 2011-12 and 2012-13. He appeared 108 times in three seasons for Thistle and scored 5 goals.

In June 2014 Taylor-Sinclair moved to the English Championship, signing for Wigan Athletic. He had been signed by manager Uwe Rossler, who was sacked in November 2014. Taylor-Sinclair then found himself out of favour, having made just one first team appearance, and in July 2015 he joined Doncaster Rovers in League One on a two-year contract.

In his first year with Doncaster, Taylor-Sinclair made 49 appearances and scored two goals. However, in the final match of the 2015-16 season he suffered a cruciate knee ligament injury which kept him out of the side for the majority of the following season, which Doncaster played in League Two having suffered demotion. He worked to regain fitness and played in the last four matches of the 2016-17 season before being released by the club.

Taylor-Sinclair arrived at Home Park in June 2017 at the age of 26, Derek Adams' eighth summer signing as Argyle prepared for life back in the third tier.

Greens on Screen is run as a service to fellow supporters, in all good faith, without commercial or private gain.  I have no wish to abuse copyright regulations and apologise unreservedly if this occurs. If you own any of the material used on this site, and object to its inclusion, please get in touch using the 'Contact Us' button at the top of each page. Search facility powered by JRank Search Engine. UK time at page load: 10 April 2021, 13:26.