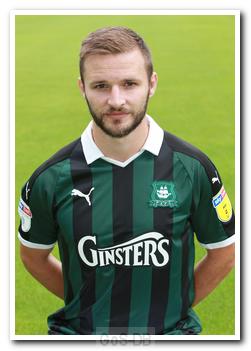 Born in Irvine in North Ayrshire, Ness was brought to Rangers by Derek Adams' father, George (then Director of Youth Football at Ibrox), at the age of 14. In the same youth ranks as ex-Pilgrim Gregg Wylde, he made his senior debut on Boxing Day 2010 and bagged his first goal two months later in an Auld Firm Scottish Cup match, a wonder-strike in the third minute. The 20-year-old's 13 appearances that season helped Rangers win the 2010-11 Scottish Premier League, but, hampered by injuries, he managed only five games in the following campaign. Also whilst at Rangers, Ness won caps for Scotland at under-17, 19 and 21 levels.

With Rangers in liquidation in the summer of 2012, Ness chose to move to England and a four-year offer from top-flight Stoke City. However, he suffered an injury in his first game for Stoke in the opening weeks of the 2012-13 campaign and did not play again for 17 months, when he went out on loan to Leyton Orient for the second half of the 2013-14 season (one goal in 14 games). A season-long loan at Crewe Alexandra followed in 2014-15 (two goals in 36 matches).

In July 2015 Ness joined Scunthorpe United on a free transfer. He played 47 times for The Iron before being released at the end of his two-year contract.

He then joined Argyle in June 2017, becoming Derek Adams fourth summer signing as the club prepared for life back in the third tier.