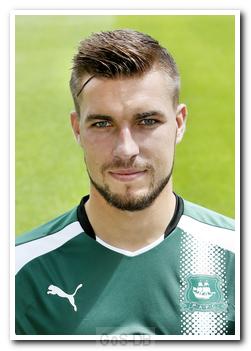 Born in Ostrava in the Czech Republic, Sokolik began his football at the age of six with local side Banik Ostrava, where he progressed through their junior ranks to represent the Czech Republic at under-16 level. In 2009, having just turned 16, he joined Liverpool's academy as part of manager Rafa Benitez's drive to seek out promising talent in Europe. In nearly five years at Anfield, the young central defender progressed through Liverpool's under-18 side to become captain of their under-21s, as well as winning Czech Republic under-17 caps.

In March 2014 Sokolik was loaned to Southend United until the end of the season. He clocked up 12 Football League appearances whilst at Roots Hall, including two League Two play-off semi-final legs, but was released by Liverpool on his return to Anfield. That summer he signed a two-year deal with Yeovil Town, where, after his first 12 games, he was loaned back to Southend in November 2014. Soon after an extension to his one-month loan was agreed, he suffered a knee injury whilst on a short break back in the Czech Republic, which ended his spell at Roots Hall and kept him on the sidelines for the rest of the campaign.

Although he was a near ever-present for Yeovil throughout the following season, he was released in May 2016. A third spell at Southend soon followed, this time on a five-month contract, but in the January 2017 transfer window, Derek Adams offered the 23-year-old a fresh start at Home Park and a chance to help Argyle in their battle at the top of League Two.

Sokolik appeared regularly in the heart of the defence in his first few months with the club, but found chances harder to come by in his second season. With Argyle's upsurge in form and a stable back four at the end of 2017, he was released in the January transfer window and joined Devon neighbours Torquay United in the National League on a deal until the end of the season.